At the time of its completion, the Cine Capri was a remarkable, state of the art motion picture theater. It was a 16,500 square-foot facility, featuring strikingly beautiful dual colonnades flanking both sides of the theater. The ten pre-cast white, sculpted, concrete columns weighed seven tons each, and supported overhangs with copper fascias cured to achieve an antique green patina. The patio off the east lobby provided shelter for waiting patrons and intermission breaks, while the larger western portico served as the main entrance. The entire lower building facade was overlaid with imported hexagonal jade Italian tile. In the center was a multi-panelled, twenty-four foot long, custom, antique stained glass window which served as the focal point, day and night, from inside and out. Low profile desert landscaping surrounded the Ciné Capri, featuring assorted palm trees, Russian Olive, and Italian Cypress trees punctuating the perimeter.

Upon entering the theater, patrons found themselves in a spacious two level lobby with clean modern lines. From the center could be seen Camelback Mountain and its Praying Monk rock formation. A generous oval confection area was situated in front of the auditorium back wall with working gold waterfall draperies duplicating the lavish auditorium decor.

The auditorium was enveloped in a lavish display of 4000 yards of lustrous antique gold fabric covering the proscenium and walls from carpet to ceiling, flooded from above with brilliant down lighting. The electronically synchronized gold front cascade drape moved on cue vertically at different speeds to reveal the title curtain behind, which opened horizontally to expose the film on a giant, curved screen which extended out to the fifth row of seats. This action of the draperies typically evoked spontaneous applause from the audiences.

With the Ciné Capri, continental seating was introduced to the community. This was a sloping floor plan in which the rows of seats flowed from side aisle to side aisle; eliminating the center aisle. The eight hundred high back, maroon rocking chairs were designed for comfort and perfect vision from every seat.

The Ciné Capri was also the first multipurpose theater in the southwest specifically designed to project all film aspect ratios of that time, including Cinemascope, Vista-Vision, and Cinerama from its 70/35mm projectors and stereophonic sound system, offering everything optically and visually available from around the world for superb tonal quality and visual pleasure. 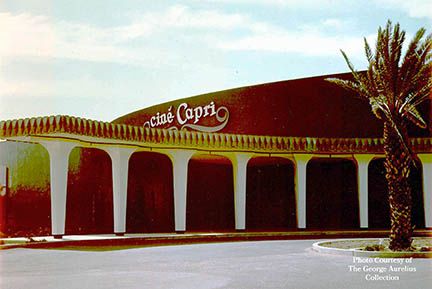 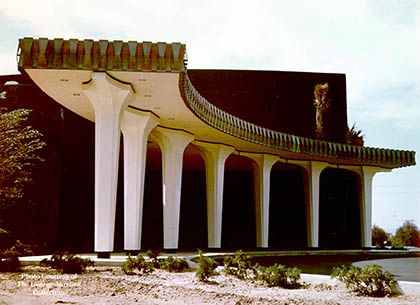 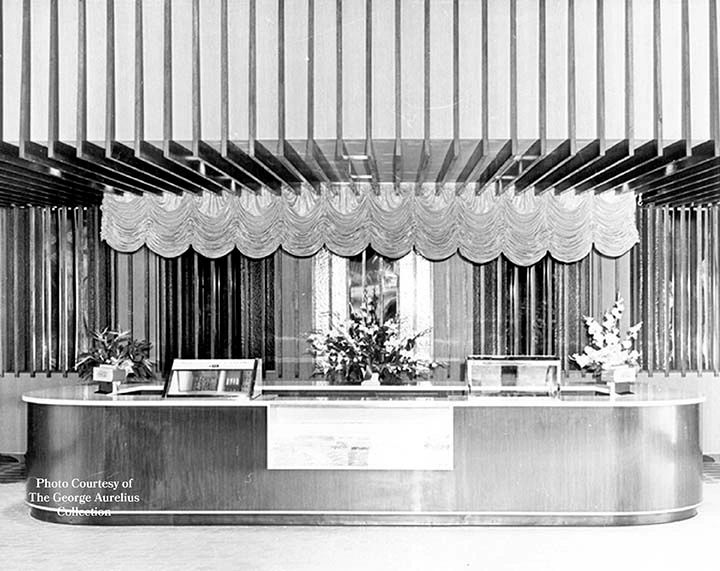 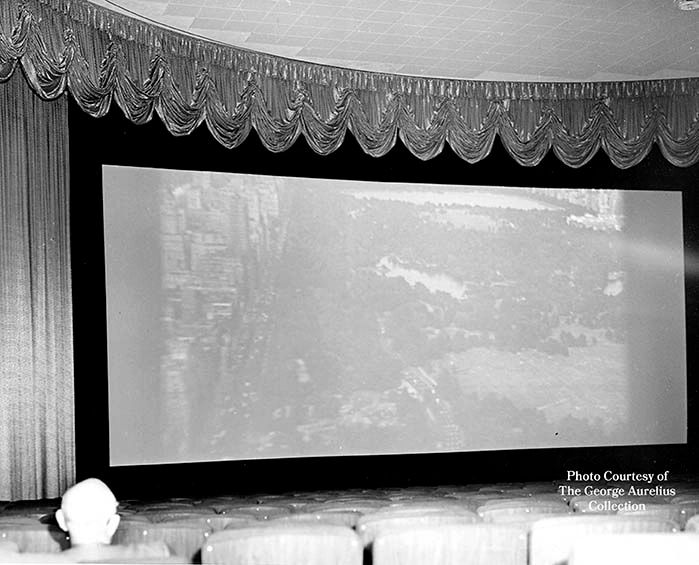